Ways to Do Something for Justice and Peace 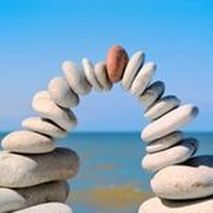 “What is your prophetic message for the rest of the world? If your prophetic message is that we cannot abandon single mothers and fatherless children, then this can be done in all sorts of ways. We can advocate for legislation… set up pastoral centers… go into the housing projects and have evening courses to teach single parents how to budget, how to bathe their babies, what food to buy, how to set up a crib…. But we do all of that knowing that when we are doing it, we are doing it to advance this issue, to magnify this message. The prophetic congregation magnifies a clear, single message.” – Sister Joan Chittister

Needs and urgencies inundate us. They change constantly. They are real. We can’t do it all. Sister Joan calls us to focus, to choose. How? Spend time in silence, listen prayerfully, hold the needs of the world. Where is the intersection of the needs of the world and the call in my heart? What is the prophetic center in my life? If there’s a way for you to do this with others, seek it out. Transformation seldom happens through solo action. Social justice, contemplation, and community are a powerful combination.

We found a shortcut. Maybe you'd like to use it, too.

Tip O’Neill, renowned Speaker of the House of Representatives from 1977 to 1987, famously advised a young congressperson who sought his advice about making policy choices: “Follow the nuns. If you follow the nuns, you’ll never go wrong.” The members of the Leadership Conference of Women Religious gather annually and clarify LCWR’s focus. LCWR’s Global Concerns Committee works creatively to provide resources and suggestions -- and all of us can build on their careful analysis and recommendations.  Check out the list below.

US Catholic women religious have been doing this since at least 1803. NETWORK's “Nuns on the Bus” and LCWR initiatives and statements are part of sisters’ long engagement with political issues, as Syracuse University professor Margaret Susan Thompson makes clear in her illuminating article Sisters in the Public Square: Persuasion, Politics and Prayer, in Global Sisters Report.

Ways to Do Something

Also worth checking out: NETWORK, the Catholic Social Justice Lobby (founded by LCWR in 1971 and now independent) focuses its energy on economic justice in the USA.

In recent years, LCWR has emphasized connectedness – our connectedness with one another and with all of creation, and the interconnections among systems, for good or for ill. Recent LCWR assemblies have resolved to "examine the root causes of injustice and our own complicity as congregations, and to work to effect systemic change as we struggle to establish economic justice, abolish modern-day slavery, ensure immigrant rights, promote nonviolence, and protect Earth and its biosphere."

Sister Susan Rose Francois reflected on how much that idea of connectedness impacts our choices. She writes, “In her book, Ethics in an Age of Terror and Genocide: Identity and Moral Choice (Princeton University Press, 2011), political psychologist Kristen Renwick Monroe examined the responses of ordinary people to an extreme example of social sin — the Nazi holocaust…. How those living in Nazi Germany saw themselves in relationship to self, others, and the world radically influenced their response and actions. Those who supported the Nazis saw themselves as victims and in danger. They chose to strike out against target groups out of their perceived need for self-preservation. Bystanders saw themselves as weak with little control over the situation. They chose indifference. A common response was, "But what could I do? I was one person alone against the Nazis." What the rescuer group shared in common was not necessarily heroism or altruism but identity. Those who chose large or small actions of resistance or support for targeted groups saw themselves as connected with everyone and able to effect change.”

More about Action for Justice and Peace

Active Love   -   Catholic Social Teaching, and Conscience   -   What Is Solidarity?

Transformation doesn’t come through action alone.
Community, contemplation, and action for justice are a powerful combination.