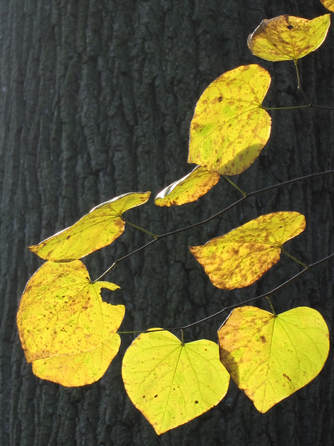 Photo thanks to Betty D. Thompson
For some of us in Solidarity with Sisters, understanding the sisters’ nonviolence was the fulcrum for personal transformation. When we first met the Leadership Conference of Women Religious (LCWR), we didn’t get it. I didn't get it. I heard the sisters talk about dialogue when I wanted them to conquer. We knew of nonviolence as a political strategy, but had never used the word to mean a profound habit of the heart and mind – a way of being in the world, an identity.

It helped when we discovered then-LCWR president Sister Pat Farrell’s words at the 2012 assembly:

"The breaking down and breaking through of massive paradigm shift is a violent sort of process. It invites the inner strength of a non-violent response. Jesus is our model in this. His radical inclusivity incited serious consequences. He was violently rejected as a threat to the established order. Yet he defined no one as enemy and loved those who persecuted him. Even in the apparent defeat of crucifixion, Jesus was no victim. He stood before Pilate declaring his power to lay down his life, not to have it taken from him.

"What, then, does non-violence look like for us? It is certainly not the passivity of the victim. It entails resisting rather than colluding with abusive power. It does mean, however, accepting suffering rather than passing it on. It refuses to shame, blame, threaten or demonize. In fact, non-violence requires that we befriend our own darkness and brokenness rather than projecting it onto another. This, in turn, connects us with our fundamental oneness with each other, even in conflict. Non-violence is creative. It refuses to accept ultimatums and dead-end definitions without imaginative attempts to reframe them. When needed, I trust we will name and resist harmful behavior, without retaliation. We can absorb a certain degree of negativity without drama or fanfare, choosing not to escalate or lash out in return. My hope is that at least some measure of violence can stop with us.

"Here I offer the image of a lightning rod. Lightning, the electrical charge generated by the clash of cold and warm air, is potentially destructive to whatever it strikes. A lightning rod draws the charge to itself, channels and grounds it, providing protection. A lightning rod doesn’t hold onto the destructive energy but allows it to flow into the earth to be transformed."

Maybe we would have glimpsed the depth of LCWR’s nonviolence more quickly if we had realized that the sisters had been on this path for a long time. Back in 2005, in LCWR’s Resolution to Action “Gospel Nonviolence in a Violent World,” Sister Julie Driscoll offered readers both reason and method to grow resilient inner nonviolence:

“Nonviolence calls us daily to personal transformation. Surely transformation is required to live Jesus’ call in Mt: 5:38-48 that includes the challenge: 'I say to you, love your enemies, and pray for those who persecute you.' The most demanding aspect of transformation can be looking daily into the mirror of our personal attitudes and actions. In The Challenge of Peace, the US Catholic Bishops remind us, 'All of the values we are promoting in this letter rest ultimately in the disarmament of the human heart and the conversion of the human spirit to God who alone can give authentic peace.' (#284) 'The practice of contemplative prayer is valuable for advancing harmony and peace in the world.' (#294)"

“Imagination can nurture a life of nonviolence… Make note daily of your attitudes, feelings, and thoughts and hold them gently against the norms of nonviolence in the presence of our loving God. Consider making the Vow of Nonviolence available from Pax Christi, USA. Daily prayer in response to this vow is a call to personal transformation.”

We watched and tried to comprehend...

What we found in the sisters at LCWR was example, not exhortation. The sisters live this, they don’t talk it. They illustrate it with their choices rather than preaching it with words. And that’s often true even when they write. In the book However Long the Night: Making Meaning in a Time of Crisis, LCWR leaders share their learnings from 2009-2015, a time of great difficulty with the Vatican. In the15-page chapter titled “Relationships Matter: Nonviolence and the Pressure to React,” Sisters Marcia Allen and Florence Deacon offer extremely valuable experiences, practical insights, and reflections – and they use the word nonviolence exactly once, other than the title. This nonviolence is a way of life, not a theory.

So we watched and thought about what we saw. As we said in our chapter of However Long the Night, LCWR’s nonviolence was a commitment to relationship, grounded in spiritual and emotional maturity. And it showed up in even the most minor things. They were curious, not judgmental, about differing ideas and opinions. They spoke of others with respect, even in serious conflict. They sought new information without defensiveness or fear. They were calm and nonconfrontational: they spoke the piece of the truth that they knew, and they created space for our pieces of the truth. They accepted the brokenness of life and hoped in the wholeness that can come in God’s grace and in God’s time. They weren’t all goody-goody; this was just routine for them.

We have not found this easy, but we do keep trying to make it our own. As we wrote in our chapter, “We’ve seen that honest, loving actions and clear, truthful words, combined with a compassionate understanding of the other person’s position, can bring about a surprising and good outcome. We’re discovering what it means to redeem by love…. The effort tests our commitment and creativity. Yet in solidarity with LCWR we know that the core of radical nonviolence is a very countercultural belief: that God loves not only us, but also those in conflict with us, equally and extravagantly.”

A question of moral identity?

What we see in LCWR is what Sister Susan Rose Francois would call moral identity. In LCWR’s 2017 “Resolution to Action” on Resistance, she writes of the pivotal importance of how we identify ourselves in relation to the world. “Just like pizza is not an option at a Japanese restaurant, certain moral actions are not on the menu depending on your moral identity.” She draws on research by Kristine Renwick Monroe about bystanders, supporters, and rescuers/resisters under the Nazis. Sister Susan reports Monroe’s conclusion: moral identity is the force that moves us beyond thoughts and feelings to action in the face of injustice and social sin.

This identity, this way of being, is for us, too. As the Second Vatican Council urged in Lumen Gentium: “the way of love is open to all people and that ... this love is to be pursued not just in great matters but above all in the ordinary circumstances of life.”

Sister Joan Chittister illuminates this intrinsic nonviolence with a brief reflection on "Power and Pacificism." In a charming story of two desert monks and a brick, she illustrates (1) their moral identity, (2) the essence of disarmament, and (3) a sure, simple way to stop confrontation.

But what about the big issues, the non-ordinary circumstances? LCWR’s 2017 Resolution to Action “Called to Nonviolence,” by Marie Dennis of Pax Christi, imagines what it would be like for the Catholic Church to treat this nonviolent identity as fundamental, making it part of the “way of being” and the skillset of all Catholics:
“What if the institutional Catholic Church encouraged Catholics world-wide to study nonviolence and to engage in the development of increasingly effective nonviolent practices for protecting vulnerable communities, avoiding violent conflict, transforming structures of violence, and promoting cultures of peace?

“What if ... the whole Catholic Church followed the example of the Church in the Philippines or Colombia, Uganda or South Sudan? What if Catholics were formed from the beginning of life to understand the power of active nonviolence and the connection of nonviolence to the heart of the Gospel – trained to understand the implications of love your enemy? What if every Catholic in the world were alert to signs of impending violence and trained to transform conflict?

“What if Catholics advocated actively for less spending on military and more on diplomacy, unarmed civilian protection teams, early warning systems, trauma healing programs, training in conflict transformation, as well as on just and sustainable development, education, environmental healing – efforts that we know can make a difference. What if the Catholic Church committed its vast spiritual, intellectual, and financial resources to developing a new moral framework and language for discerning ways to prevent violence and protect people and the planet in a dangerous world?”
The church isn’t there yet. But Pope Francis took an important step, challenging all of us in his message for the 2017 World Day of Peace: “Nonviolence, a Style of Politics for Peace.” The National Catholic Reporter’s summary puts it clearly: “while Jesus also lived in violent times, he ‘unfailingly preached God’s unconditional love, which welcomes and forgives.’ Noting that at his own arrest before his crucifixion, Jesus told Peter to put away his sword, Francis states: “Jesus marked out the path of nonviolence. He walked that path to the very end, to the cross, whereby he became our peace and put an end to hostility,” writes the pope. “To be true followers of Jesus today also includes embracing his teaching about nonviolence.”

A PS that touches on fears...

Is nonviolence impractical? Can it work?

Researcher Erica Chenoweth is an international expert on international relations, political violence, and civil resistance. In 2011, she wrote: "I would argue that nonviolent mass movements are actually superior at undermining regime opponents through asymmetric approaches. This is not because of the ‘moral high ground,’ but rather because their reliance on nonviolent resistance confounds their opponents, whose usual response to internal challenge is to use force. As Qaddafi's response to the Libyan uprising shows, many dictators are willing to use force against nonviolent protestors; however, this is seldom costless for these dictators. They usually pay a major price in the form of loyalty shifts among security forces or civilian bureaucrats, who are more likely to defect to a nonviolent opposition -- especially one that appears to represent diverse constituencies within the country -- than to a violent campaign, where their survival is not assured. This may be because violence causes the opponent to cohere and unite. Thus, violent movements play to the regime's strengths, whether they use indirect or direct approaches."