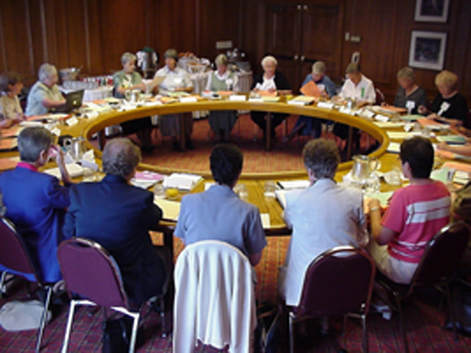 The Leadership Conference of Women Religious (LCWR) is exactly what its name says.
LCWR organizes itself like this:
A small staff supports the conference through programs and collaborations related to:
Some ways to get to know LCWR are:
To learn more, explore LCWR’s fine website, where the online documentary “Sisters” and the LCWR annual reports are great ways to get better acquainted. (The annual reports are quite different from most corporate annual reports.) The LCWR Timeline 1950-2011 gives a lot of history.